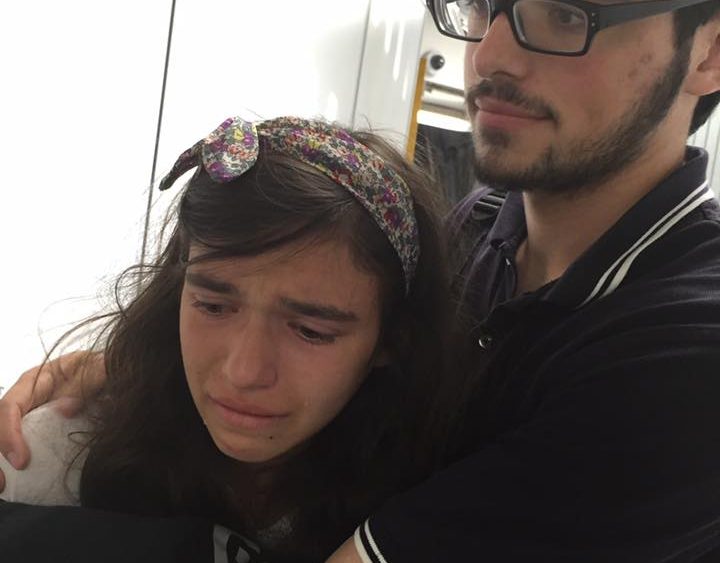 This is the testimonial shared with No Nut Traveler written by the Mom of the child with the food allergy asked to leave the plane.

My daughter suffers from anaphylactic food allergies and our travel agent informed Lufthansa in advanced about this. Also we were carrying a note from her doctor informing about the type and severity of her food allergies. We showed the note to the Lufthansa check-in representative and asked her to notify the crew of my daughter’s condition. We presented this letter at every single boarding step involving a Lufthansa representative and they kept referring us to the next staff member down the line. We boarded the plane and were asked to sit in our seats and to talk about the allergy issue with the cabin crew in charge of our seating section, which we did.

Unfortunately, the captain, made the decision to refuse to transport my daughter and me due to her severe food allergies. This was shocking especially because I was proactively trying to come to an agreement with the staff. I had already prepared meals for my daughter and was not asking them to provide meals for her. A Lufthansa supervisor from JFK was called on board and he took our passports and boarding passes. This included my adult son’s boarding pass and passport.

We were then escorted out of the plane under the threat of calling security on us. We were publicly humiliated as we walked through a full airplane. My daughter was brought to tears. We were only informed after stepping of the flight that our luggage had already been removed and we were escorted to the Lufthansa desk.

There, we were told to talk to the Lufthansa ticket agent and they would try to set us up for the next Lufthansa flight at 8 PM. After waiting for an hour we were told that they could not rebook our tickets and that we should contact our travel agent.

During the next couple hours we spoke with three different Lufthansa supervisors including the duty manager and two other supervisors . They put us in a loop and were disrespectful towards my family up to the point of being ironic about my daughter’s disability. They kept on referring us to a customer complaint and general irregularities phone numbers with no one answering. None of the staff would direct us to the CRO Officer on duty and only after I made them aware that I had been on the line with a lawyer were they more cooperative. Slowly they informed me who the CRO officer was and when we confronted him with his responsibilities he left stating he was going to get some paper work related to the issue and did not return for another two hours.

After five hours of unpleasant and stressful negotiations Lufthansa rebooked our flight for the next day from Newark even though they said earlier that they could not do that.

I strongly object to this poor treatment of my daughter and family and the unnecessary stress and humiliation that we were subjected to.

I strongly object that even after the fact that I reported my daughter’s allergies in a timely manner, and did everything I was required to do, we came to this extreme situation of being barred from this flight. If Lufthansa had been upfront and presented the facts on time, we could have chosen a different carrier and avoided this whole situation.

I strongly object to the unprofessional treatment by the Lufthansa staff both on flight and on land, and their gross neglect of the procedures handling persons with disabilities.

I strongly object that my adult son’s passport and luggage was removed from the plane without his consent as well as threatened to be escorted out by security. His name was not on the letter the captain signed.

I strongly object that Lufthansa’s lack of action in regards to finding a solution for our flight resulted in standing in many different lines for five hours straight. This whole ordeal was stressful and physically draining.

At the end we had to accrue an additional expense on a ride back home which the deputy manager refused to compensate for.